I am just back from a 10 day road trip in California, and am about to hop on a plane to WisCon, where I’ll be reading my short story “Beauty Unleashed” at the Oxford Comma Bonfire with Vylar Kaftan, Michael Underwood, and LaShawn M. Wanak, Fri, 9:00–10:15 p.m. at Michelangelos. “Unleashed Beauty” will be reprinted in Gargoyle, #60, so am excited to finally get to read it in front of an audience!

Also, reading with a host of other splendid poets such as Sofia Samatar, Amal El-Mohtar, Katherin Koehler, and more at the Open Secrets Speculative Poetry Reading, 2:30 pm Saturday, Senate Room B.

But now, on with the CA recap! As you can see, from the pics, I had a lot of fun dressing up. I met a host of wonderful people, including Cameo Wood, a film director and producer, and Saladin Ahmed, whose Throne of the Crescent Moon was up for a Nebula and is nominated for a Hugo! My friend Maria Dahvana Headley’s short story, “Give Her Honey When You Hear Her Scream” was up  up for a Nebula as well (and is one of my favorite stories). Me and Christie Yant, Nebula Reception

I also met a host of other lovely people at the Nebula Award Weekend such as Carrie Ratajski, Amy Sundberg, Derek Kunsken, and the fabulous Juliette Wade.  Also got to hang a bit Twitter friend Christie Yant (whom I have adored so long–in short, because she’s full of awesome, and a kick-ass writer). Despite being exhausted from travel, Jaym Gates corralled a group of us (Sheila Williams, Greg Bossert, and Francesca Myman) to try out Single Barrel, a most awesome Speakeasy with the tastiest of cocktails.  During the con I got to catch up with NYC friends Maria Dahvana Headly and Liz Gorinsky and discovered that John Joseph Adams and I were twins separated at birth, given our obsessive love of sugar. He is the Jedi of MM’s, and reminded me that the con suite is always stocked with them. Also, stayed with the Locus peeps Liza Trombi and Francesca Myman during the convention—some of the best roomies ever, though I will still never, ever understand how Liza is able to get up so early in the morning (I was always the last one in for the night).

Also, I got a glimpse of the cover art for Elementari Rising! Not going to post it just yet since it still needs a few tweaks, but if you’re going to WisCon, be prepared for me to whip out my phone and show you a pic.

Now, I didn’t come to CA just for the Nebula Awards Weekend. I had people and 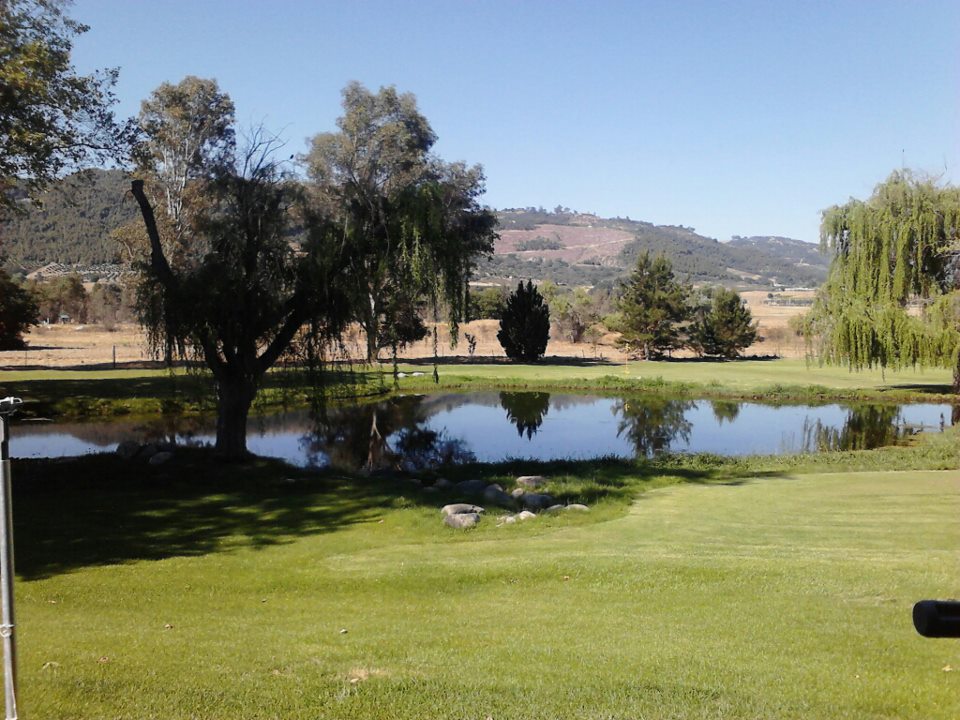 places to see! So, I started out in San Diego to visit my wonderfully adventurous aunt (she was in the Peace Corps in Botswana–the woman seriously rocks). I had planned on a day in the city, but my aunt’s place was nestled in Palomar Valley, and I had messed up my shoulder earlier that week so instead just rested for a few days at her place and wrote. With a few like this, how could I not?

I then drove up to LA, where I met up with Ashleigh Ruhl, one of my ex students from the grotesque class I taught at the University of Colorado. Together we drove into West Hollywood to meet up with the incomparable Laurie Lipton, whose work I’ve written about and who is, by far, my students’ favorite artist. 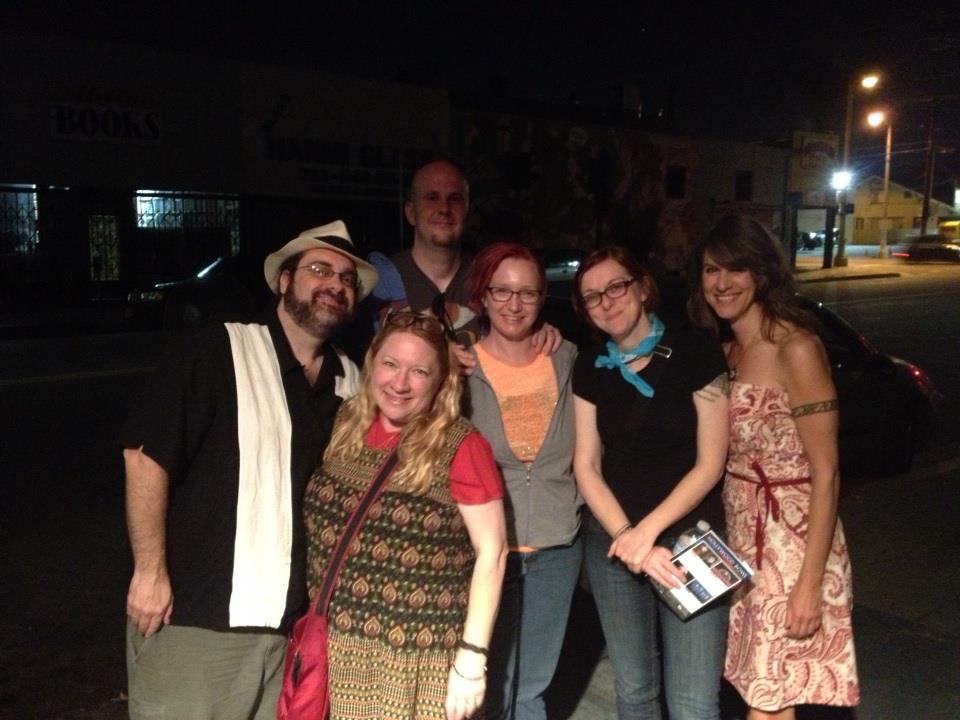 The next day I joined Andy Penn Romaine, Carol Penn Romaine, Christie Yant, John Joseph Adams, Tracie Welser, and John Remy to watch an adaptation of Neil Gaiman’s Neverwhere.  What a lovely visual escape into one of my favorite novels! And what a fabulously fun group to have dinner with beforehand! The next day John  R. drove me all around the Irvine area so that I could see some of the glorious beaches. I love the ocean, and it had just been too damn long since I had seen it. 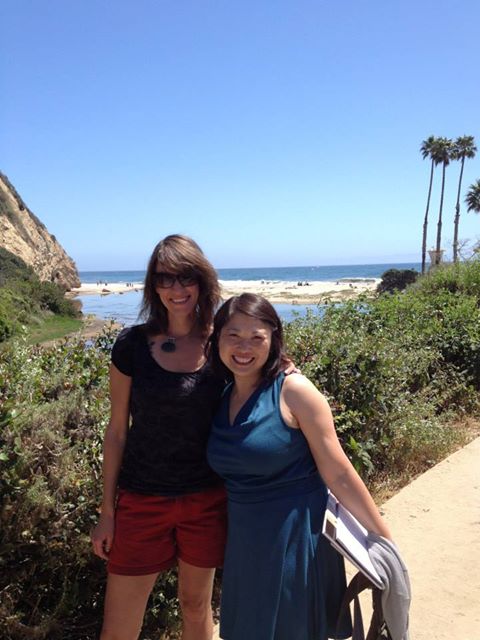 But then, it was off to Santa Barbara, where I grabbed a quick lunch (with beach -side view, of course) with Sophia Quach McCabe and Joe McCabe, whom I first met through John Picacio at the 2009 World Fantasy Convention. Then I drove  to San Francisco (can we say whirlwind road trip?). The net day  I met up with David Edison for lunch and later, Blake Charlton  for coffee. David’s book The Waking Engine is coming out from Tor in 2014, and he is my future roommate in NYC! (more on that later). Blake wrote the Spellwright Trilogy and has just published a beautiful piece in the New York Times about defining dyslexia. 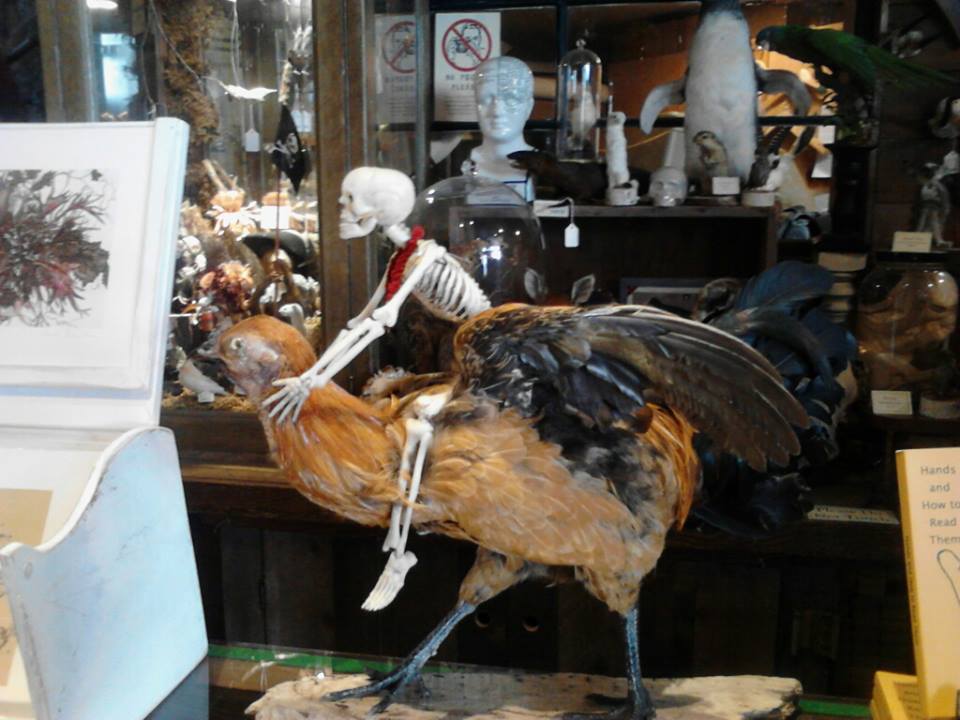 In between those two meet and greets, I visited Borderlands Bookstore and discovered Paxton Gate, the best Cabinet of Curiosities in San Francisco. I could have spent hours in there!  I could have spent a few more weeks in CA, certainly, but now I am soon off to the airport to have more adventures!

Oh, and one more pic of me a sundress, since I’ve been promising them.