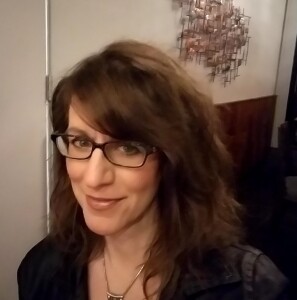 Nancy Hightower has written essays and reviews for The Washington Post, NBC News Think, Sojourners, and The Huffington Post. Her essays, fiction, and poetry  have appeared in journals such as Joyland, Entropy, Vol. 1 Brooklyn storySouth, Sundog Lit, Breadcrumbs, Drunk Monkeys, Spry, Fearless She Wrote, among others. Her debut novel, Elementarí Rising (2013) received a starred review in Library Journal and was chosen as Debut of the Month. Her poetry collection The Acolyte (Port Yonder Press, 2015) offers a feminist interpretation of biblical narratives, and she is currently working on a memoir about growing up in the evangelical South. From 2018-2020, she was on the board of directors for Epiphany Magazine.

On the academic side, she received a PhD in English/Creative Writing from the University of 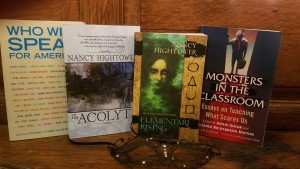 Denver and taught the rhetorics of the fantastic, uncanny, and grotesque in art and literature at the University of Colorado and went on to be the art columnist for Jeff and Ann VanderMeer’s Weird Fiction Review. She currently teaches classes on digital storytelling, literary studies, and American Literature at Hunter College in New York City.

You can help support her writing and teaching by becoming a Patron over at her Patreon. or donating via the paypal button above.